skip to main | skip to sidebar

Well, today is the uh, 50+ birthday of my mother. It has been a few years since we have all been together to go out as a family on her birthday. Now that we have moved back to St. Louis, my brother has taken a job out of college in Kansas. So we still we will not be all completely together. But my mother’s birthday timeframe has always been filled with random incidents that have happened. 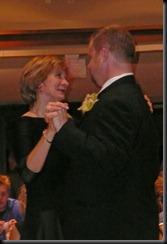 Memorial Day Legion tournament and I decided to play the bumper car’s game about three miles from my parents house. No one was hurt but she was not too thrilled about that. A year later, there was an incident in our house between a few of my friends, a window and a blanket. I will simply leave it at that. A few years later, the sad incident from the previous blog (Ten Years Ago…) happened and I left for the funeral on her exact birthday.

She was already born on a major holiday weekend and not only that but with her father being in the military, well, her birthday may not have been celebrated like yours and mine. But my mom is not one to focus on her needs or her wants. I am sure she would rather not have had to deal with those things as well as a few others I am choosing not to disclose. However, she did deal with those issues with me and my brother too (no Andrew, I am not throwing you under the bus, just my issues growing up). That is the mom she is: never one to celebrate herself, but one to care for her family and be with those who need her to be there. 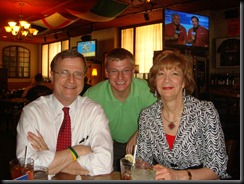 So on this your 50+ birthday today mom, please enjoy it. Let others repay you for all that you have done for them. We will do so in coming over and grilling some food and preparing the meal as you sit and relax with your grandson. Even with is being your birthday though, Grandpa may still want to hold him more.

I used to think “Oh I need to get her a Mother’s Day gift AND Birthday gift in the same month!! That is not fair.” No, it is fair and makes perfect sense that my mother’s birthday is in the same month as Mother’s Day. Also, she was never seeking “gifts” from us, she was simply asking for appreciation for all that she has done.

Happy Birthday Mom! We Love you!

Posted by TravisMizzou at 5:45 AM

TravisMizzou
St. Louis, MO
Married to my best friend and starting a wonderful new chapter in my life and want to share what God has done in my life.